This is an intervention. Someone probably gave this to you because they were tired of you constantly going around thinking you were “woke” or “red pilled” on music because you listen to prog rock. I’m here to tell you, with tough love, that you are not.

Before I sink my teeth in, and goddammit am I going to, I need to give a bit of context about me. I like prog and classic rock and I have the vinyl to prove 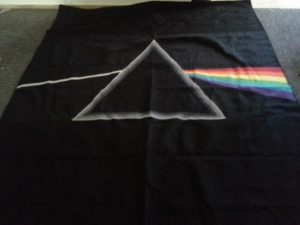 it. I own albums by Pink Floyd, Rush, Ozzy, Dio, and Led Zeppelin. Just specifically Dark Side of the Moon alone, I have a DSOTM flag, a 180-gram pressing of the album which came with posters I have hanging in the very room I write this. My mother, who is a masterful quilter made a quilt that bears an uncanny resemblance of the cover art that made people fall in love with Storm Thorgerson. My goal here is not to bash that music. It’s not about the music.

It is, however, about you. How many times have I heard a podcast, great podcasts, about all kinds of things that would break format just to have the host go on about how all the music out today is terrible and if only they could just spend one hour with Moving Pictures? How can anyone even stand Miley Cyrus? Have they even listened to Heart of the Sunshine?! What is wrong with these people?! Nothing. 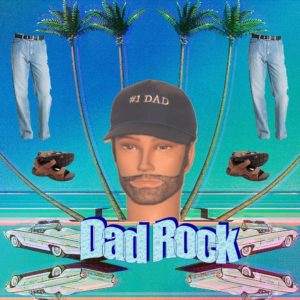 People have bad taste in music. It’s a tale as old as time. It’s also a generational thing. Every generation has its Nirvana. A new band or popular genre that upsets the apple cart. The band that comes in with a hit single that sparks a revolution that washes out the old, and brings in the new. Those who’ve built their entire identity on the old gets enraged at the new sounds of the era. Sure sometimes it’s not that good. Sure the fans of the new can be annoying. Yes, some trends are concerning, even for me. What’s equally as problematic are people who’s musical scope are extremely limited and become evangelists.

You are also a problem.

Sure, I hate when I hang out with a new friend and they just want to listen to EDM or whatever garbage is on the Top 40. What’s equally annoying is when they can’t listen to anything but Queen and they feel like they have a key to a world unknown by the general population. They hold a secret to musical salvation and if only someone could just try and listen to Aqualung.  I’m here to tell you that they have and they don’t find it that special and they’re right.

We all have heard Dark Side of the Moon. A million times. It’s not a closely guarded secret. Not by any stretch of the imagination. It’s everywhere. It’s in upcoming movies, video games, on radio stations even ones that play current rock. It’s played ad nauseum in bars, restaurants, and even in doctor’s offices. I even hear muzak versions of it in fucking Walgreens. 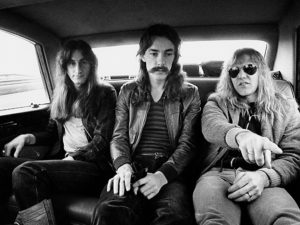 what it boils to. Sure they make good music, but that’s not the real reason why they like them so fucking much. Canada only jizzes all over them because it’s their only decent export outside of electricity and maple syrup. Geddy Lee is a great bass player, but he’s no Les Claypool. Neil Pert is an amazing drummer, but I’ve heard stuff from The Mars Volta’s Thomas Pridgen that impressed me far more. If you bring up Alex Lifeson as if he’s some revolutionary guitarist I’ll just call you a liar. He is great but he’s not a great.  Again, Rush is a good band but it’s nothing new. Their first album came out almost 10 years before I was born and it’s still getting a lot of mainstream airtime. I bet my nephews can sing the lyrics of Tom Sawyer or at least get though Working Man on one of those Guitar Hero or Rock Band games.

I talk a lot about the band The Residents. I evangelize about them a lot. Mostly because I know my audience has probably never heard of them. Even people of their day haven’t even when they would get play on the early days of MTV. Even if you have heard them, chances are you hated them. I provided them an avenue for people to be interested in them. Giving them primers on where to start, and if they didn’t like them at least give them to knowledge to appreciate what they’ve done. I’ve got a lot of interesting perspectives on how they felt about their body of work both negative and positive. What I didn’t do is insult their intelligence by insinuating they’ve never heard Nirvana before and if they only have we’d never have seen the likes of One Direction.

You are a hipster. No one likes a fucking hipster. Hipster of the worst kind. A hipster who thinks he liked obscure stuff but really it’s a staple of mainstream culture. I don’t need to hear your hour long podcast about how dumb kids are these days because they’ve never seen The Wall. They have. I don’t need you to regale me about how bad Carly Rae Jepsen is compared to King Crimson, I know. There’s lots of bands today who take a lot of influence from these bands who make interesting stuff. Rishloo, Closure In Moscow, Tool (they’ll come out with an album any day now I swear,) the two guys from The Mars Volta and all of their projects, and more than I could possibly name. Not to mention a revival in prog rock’s precursor psychedelic rock that barrows a lot of stuff from prog and classic rock like Pond.  There’s a wide, wide, wide, world of music rock music outer there past the dial and you’re still on the dial. You didn’t find the holy grail, you found a type of beer glass nearly everyone owns. Stop fooling yourself and stop wasting my time. 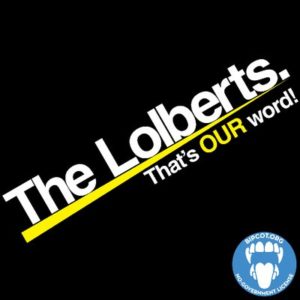